International Recruiting from the perspective of a previously recruited candidate

Rui A. has worked as an electronics engineer in southern Germany for two and a half years. Prior to this, he was employed on a permanent contract for a well-known company in Portugal. However, it was never a question of whether he would gain international experience, but rather when and where. Engineering for him means, first and foremost, Germany, and so was his main focus when making this choice. We asked Rui to speak about his experience with Germany, about relocating, and working with Perspectivas.

Question: What can you say about the process, the duration, your worries, the outcome?
Rui A.: The whole process, from my first contact with Perspectivas to my relocation to Germany, took about a year, during which time Perspectivas was regularly in touch with me. I agreed to be part of the Talent Network and was waiting for the right challenge. When the opening popped up, the active recruiting process took around 4 months. Surprisingly I was not worried during that time, as many of my doubts were clarified before I even had the opportunity to ask the questions.

Question: When you started your job as a development engineer how did your educational background compare to that of your German colleagues?
Rui A.: I was born a technophile and worked hard for a good educational background. At the time I started my job in Germany, I already had international experience from my Master’s degree, which I completed abroad. Overall, I had a strong foundation to fulfill the tasks of my new assignment, although I did feel that I needed to review my theoretical knowledge in the field I was involved in. Fortunately my colleagues were there to help.

Question: How would you describe the difference in the working environment, attitude, interaction and communication style?
Rui A.: What I like most in my new working environment is the punctuality, as time is considered a very valuable asset. Germans are in general very direct, which is different to the Southern European countries, where people tend to withhold their opinions if there is a risk of misinterpreting them as a personal remark. Although this does mean that you need a thicker skin when working in a German environment, it is reassuring to know where you stand and I have learned to appreciate this as honesty.

Question: What could you describe as a cultural clash?
Rui A.: I would say the main cultural clash is how the Germans separate friends form work colleagues. You might work with a person for 5 years in Germany and not consider them a friend, whereas in Portugal they would be considered a close friend.

Question: German as a foreign language – where are you now after 2.5 years?
Rui A.: The German language is considered to be a very difficult language to learn but if you already know English, that will be an advantage as some expressions are similar in both languages. Although I do not need to use German in my work, I do understand it quite well and can have an informal conversation in German.

Perspectivas International Personal
Consultants was founded in 2011 to recruit engineers, IT specialists and specialists with a technical background to Germany.

We look forward to hearing from you! 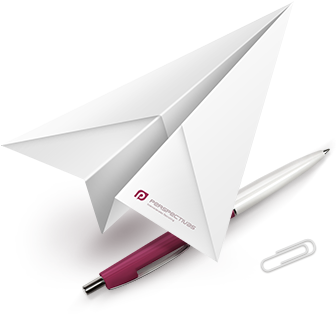